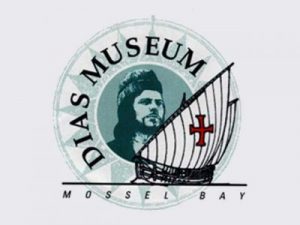 The Bartolomeu Dias Museum, officially opened in 1989 after the 1988 Dias 500 Festival, is the second biggest provincial museum in the Western Cape, after Kleinplaas Museum in Worcester. The museum was named after the first explorer who set foot on South African soil here in Mossel Bay on 3 February 1488, and comprises the Maritime Museum, the Shell Museum and Aquarium, as well as the Granary. 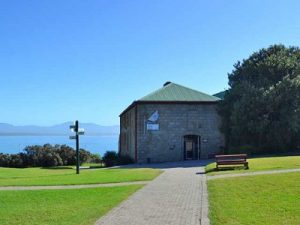 The building was originally erected in 1901 to serve as a grain- and sawmill. It was converted to a museum in 1989, now it houses a life-size replica of the ship in which Bartolomeu Dias sailed around the Cape before he landed in Mossel Bay. The shop in the museum sells postcards, books, stamps and souvenirs. It also curates exhibition displays which are about the cultural history of the town and maritime history of the early navigators.

The Shell Museum and Aquarium 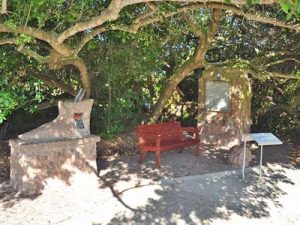 This structure was erected in 1902 as an extension to the old mill next to the Post Office Tree, and was mainly used as a store. It was restored and opened as the Shell Museum in 1989. On the upper level it houses the largest shell collection in Africa. On the lower level there is an aquarium which educates visitors about sea like and the creatures along South Africa’s shoreline. A “touch tank” and aquarium enables visitors and school groups to actively learn about sea life and the creatures along South Africa’s shoreline. There is also a Man and Mollusks exhibition that portrays the history of the use of shells by humans.

The current structure was built in 1986 on the foundation of the edifice originally erected by the Dutch East India Company in 1786. The building is now used as the main reception area and education centre of the museum. It houses exhibitions showing the local mountain passes.

The Ethno-Botanical Garden boasts a collection of plants that occur naturally in the Mossel Bay area and was used by the Khoi San, Coloured, Xhosa and European settlers for shelter, food, and medicinal purpose. The Braille trail makes it accessible to visually-impaired people.
Visit the legendary Post Office Tree, a large Milkwood that has been declared a national monument.
Walking around in the Bartolomeu Dias Museum garden you can spot mountain tortoises, ducks and cats. The garden path leads to the Fountain, Malay Graves and Munrohoek Cottages.
Museum hours:
Mondays to Fridays from 09:00 to 16:45
Weekends and Public Holidays from 09:00 to 15:45
Good Friday and Christmas – closed